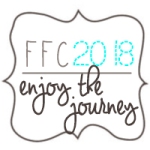 I’m a tad over at 1032, but the first draft was at 1500 words, so I’m done cutting. My friend, L. Fergus has written 22 books about an angelic anti-hero named Kita. Razor’s Pass is the name of one of the books in the series, and hopefully will be published soon. This rambling doesn’t have anything to do with the world of Kita, other than I stole the names of a few places in Birthright, and Razor’s Pass. This one is chock full of prompts: Terribleminds, #SoCS, The Writing Reader, and of course, Bree Salyer’s #FFC2018.

The rough-hewn wooden door creaked when she pushed it open. The creak was nothing new, and yet again, Nany wished she had paid the coin for a spell that would’ve silenced the annoying sound. But, as was all life in Razor’s Reef, her meager coin was reserved for the necessities.

A deluge of precipitation threatened to follow her into her humble dwelling. The rain seemed to have a mind of its own. Nany paused, and examined the ribbons of water pelting the pane of crystal set into the wooden door. The individual droplets coalesced into a cloud, and then formed the rough outline of a face. Damn those elementals, Nany cursed silently. The mass of droplets seemed to respond to her sour mood, and the torrent against her door intensified.

Nany closed her eyes, and drew breath in through her mouth. Holding it, she focused on a tiny rivulet that wandered down her cheek from her wet hair. The water started to vibrate, then subsume to steam. Her eyes snapped open, and the accompanying exhale focused her power. She was aware of each droplet, and its proximity to her body. Her eyes flared a subtle purple, and she willed the droplets back to the murky water.

The shriek of the elemental echoed in her head. She felt a twinge of guilt, but water elementals were notorious tricksters. This particular elemental was especially troublesome. Most would realize their place, and scurry back to the Razor’s Sea. This one decided to resist her magical command.

The elemental continued to solidify. The small eyes, and flowing hair almost looked real. A strong jaw, and feminine neck became obvious as the droplets coalesced from top to bottom. Nany centered herself, and reinforced her aura. She drew power from the wooden floor, and by extension the rocky land below. The elemental grew hazy for a moment, and the beautiful eyes showed a profound sadness.

Nany paused. The elemental’s lips curled upward, and the droplets continued their downward journey. An ample bosom formed, and Nany felt a flush rise on her cheeks. Elegant legs finally reached the ground, and the elemental stepped toward Nany’s door. The mist continued to gather, and the elemental became more and more dense. The scene behind her faded as the elemental forced light to refract through droplets, and form color. Her eyes were as blue as the sky on a clear summer day, but they reflected like an animal. Her skin was a pale brown, like the trunk of an Amara tree. A simple green tunic covered enough of her amazing body to keep her modest.

Nany released her aura, and stared at the beautiful woman that was a cloud of water moments before. The woman placed her hand on Nany’s door, her fingers tracing the grain. Her lips moved, and Nany felt the words form in her mind.

“I’ve been searching for you, my love.”

“Who are you?” Nany gasped aloud.

“Oh, Nanyamka,” the woman’s voice resonated in Nany’s head, “it saddens me to know that you’ve been trapped for so long. Our children long for your return.”

“Our…” Nany stepped back. “Children?”

The woman tilted her head and smiled. “I can show you.”

A wave of familiarity washed over Nany. She felt as if she did know the woman. Where this link to the woman came from, she didn’t know. Nany reached for the lever to release the door, but she stayed her action. Elementals were not to be trifled with. Rumors of their treachery…

Nany gasped at the sight of a baby cradled in her arms. The intricate tattoos on her forearms were easily identifiable by a lifetime of additions to the magical ink just beneath her skin. The baby’s face was a chubby version of the water-woman’s features, but the eyes were the same that Nany saw daily in her reflection.

Nany lifted the latch, and staggered deeper into her home. The water-woman breeched the threshold, and left a trail of wet footprints.

“Who are you?” Nany asked again.

“The question is not who I am, but who you are.”

Nany drew herself to her full height. “My name is Nany, and I’ve lived along Razor’s Reef my entire life.”

The water-woman’s expression fell. “You are not who you think you are, Nanyamka. Take my hand for proof of my words.”

Nany stared at the proffered hand. She wanted to understand what the woman claimed, but mistrust of the elementals was engrained. Nany often imagined unknown parents arriving to claim family ties. The mesmerizing woman before her claiming kinship made Nany’s heart race. Nany looked around her spartan home. She possessed almost nothing. Even if there were trickery involved, what did she truly have to lose?

Nany slowly reached for the woman’s hand. When her calloused fingers touched the smooth flesh of the mysterious woman, Nany’s eyes grew wide. Images of a life lived submerged hammered against her psyche. Stolen kisses, deep embraces, and the faces of a loving people looked up at Nany as she held her child. Rapture followed by dread overwhelmed Nany. She realized that the upturned faces expected her to say something. Something profound…

People of Razor! Our daughter shall be the shining jewel that will escort our great people into a new era! Long live princess Faizah.

Long live princess Faizah, the crowd echoed. Nany could feel love rolling off them like a tsunami.

In the vision, the water-woman stood beside her on the dais, pride emanating, and reinforcing Nany’s strength. Nany knew her name.

Nany felt the clothing she wore drop to the floor like detritus of a false life. Her skin rippled, and she felt the pull of the moon against her true form. She leaned into her mate, and their essence comingled. Nany could feel herself through Umayma’s senses. Their forms spread, a tumultuous torrent of droplets. The murk of Razor’s Sea looked different now. She saw swaths of color, and a body of water teeming with life. The wavelets beckoned her, and she was unable to resist.

Her experiences along the shore faded as the entirety of Razor welcomed home their queen.

Mark Gardner lives in northern Arizona with his wife, three children and a pair of spoiled dogs. Mark holds a degrees in Computer Systems and Applications and Applied Human Behavior. END_OF_DOCUMENT_TOKEN_TO_BE_REPLACED
This entry was posted on Friday, January 26th, 2018 at 17:52 and tagged with #FFC2018, #SOCS, terribleminds, the writing reader and posted in fiction. You can follow any responses to this entry through the RSS 2.0 feed.
« Interruptions
The Good Guys, by Steven Brust »